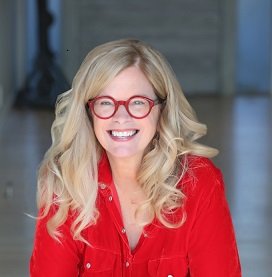 The Department of American Studies is delighted and honored to announce the establishment of the Jo Giese Excellence Endowment in American Studies. A graduate of the American Studies program in 1969, Ms. Giese went on to a path-breaking career as a radio journalist, author, teacher, and community activist.  She attributes much of that success to her undergraduate degree, especially the experience of researching and writing a senior thesis on the American architect Frank Lloyd Wright. Although Ms. Giese traveled to some of Wright’s important buildings, financial constraints limited her research. She established the Jo Giese Excellence Endowment to assist outstanding American Studies students in doing more than she was able to do.  As she puts it, “this Endowment seeks to make it financially possible, easier, and more fun for students to do their research, and to travel when necessary, whether domestically or abroad.

We celebrate both the accomplishments of this esteemed alumna and the generosity with which she supports the American Studies teaching and research mission. For more on both Jo Giese and the Excellence Endowment named in her honor, please see the description below.

Jo Giese was an American Studies major at the University of Texas at Austin.   While working on her American Studies senior thesis, she traveled around the country, interviewing people about Frank Lloyd Wright's contribution to American architecture.  She craved doing more, especially visiting more of Wright's important buildings.  But she couldn't afford to travel that extensively.

After graduation, in 1969, Jo says that she “lucked into her first job” as a Consumer Reporter for The Houston Post.   In New York City, she wrote for a trade publication in the design field, and then produced documentaries for public television, doing exactly the same kind of work she'd learned at UT when she was passionately researching and writing her undergraduate thesis.

She established the Jo Giese Excellence Endowment to assist outstanding American Studies students in doing more than she was able to do.  This Endowment seeks to make it financially possible, easier, and more fun for students to do their research, and to travel when necessary, whether domestically or abroad.

Jo became an award-winning radio journalist, author, teacher, and community activist.  As a special correspondent she was part of the Peabody Award-winning team at Marketplace, the most popular business radio program in America.  At Marketplace she won an EMMA for Exceptional Radio Story from the National Women's Political Caucus and a GRACIE from the Foundation of Women in Radio.  She has contributed to Ira Glass’s This American Life and is the author of several books, including Never Sit If You Can Dance, A Woman's Path, and The Good Food Compendium.

Jo has written for many top publications, including The New York Times, The Los Angeles Times, Vogue, the LA Weekly, European Travel & Life, BARK, Montana Outdoors, and The Malibu Times

An intrepid and enthusiastic world traveler, Jo has visited more than 50 countries.  She lives in Southern California, and Bozeman, Montana, with her husband, Ed Warren.