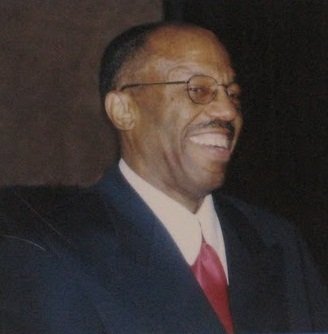 John Lewis Warfield was the former Director of the Center for African and African-American Studies and Associate Professor of Educational Psychology at the University of Texas at Austin. For 26 years, his remarkable career as a clinical and consulting psychologist as well as a scholar, community activist, grassroots leader, and Civil Rights visionary served both the University of Texas and the Austin African-American communities with distinction. Under his leadership, the African and Afro-American Studies and Research Center was successfully integrated into one component in order to develop a closer relationship between the study of African Diaspora Studies and research.

From the very beginning of his academic career, Dr. Warfield established an interactive and unwavering commitment to combining the academic world to the realities of Black communities outside of the walls of university life.  Prior to joining the faculty at the University of Texas, Dr. Warfield served as an Assistant Professor of Psychology and the Executive Director of Expanded Opportunities Program at Macalester College in St. Paul Minnesota. In 1973, he joined the faculty at the University of Texas in the Department of Educational Psychology as an Associate Professor and was appointed Director of the UT Afro-American Studies and the African and Afro-American Research Center.

Noted as an exceptionally provocative and intellectually stimulating teacher, Dr. Warfield was fondly referred to and respected by his undergraduate and graduate students and local citizens of the Black Austin Community as simply "Doc."  His distinguished presence and voice provided the necessary leadership and representation the UT African-American student body, faculty, and extended Black community needed to address many of the unresolved and racially institutionalized barriers.  For years, the University of Texas was not an educational institution known for its social reform, cultural inclusion, nor academic diversity.  Hence, Dr. Warfield was not afraid to present these shortcomings to UT administrators and members of the university community to examine and foster immediate transformations to improve the overall quality of education for all University of Texas students and faculty.  Warfield once stated before a group of students and faculty on campus, "I thrive on the need for Social Change.  I consider myself a scholar activist."

From 1973 to 1986 during his tenure as the Director of the Center for African and African-American Studies, "Doc" was at the epicenter of the Black UT community. But his quest for social change was not limited to the challenges presented on the campus of University of Texas.  Dr.. Warfield also worked to connect the university's resources with the Black community outside the borders of the campus. Ironically, many Austin Black citizens residing just east of the University of Texas had no formal or informal relationship with the campus.  As a community grassroots leader, Dr. Warfield founded Community Radio, Inc, in 1982, which runs KAZI-FM and now proudly represents Austin's oldest community non-commercial station that serves the needs of the African-American community.  In addition to launching KAZI, Warfield also helped establish the Black Citizens Task Force, a grassroots organization committed to representing the concerns and challenges faced by citizens of the African-American community in Austin.

Dr. Warfield published many scholarly works, which focused on the role of Race and academics in intercollegiate sports at a time when the literature on this area of study was just beginning.  He also published works on the psychology of the Black Experience, as well as cross-cultural counseling and multiculturalism implications of Race, class, and gender for counseling.  All of his scholarly pursuits directly reinforced his position as Director of the Center and as an Activist Scholar.  This rare combination of personal commitment and scholarly interests was a pioneering force that encouraged a generation of Black scholars, students, faculty, and community leaders because of Dr. Warfield's works.

As a lasting tribute to "Doc"-one of the pivotal leaders to initiate the diversification of the University of Texas at Austin and as one of the critical pioneers to establish the proud traditions of a Black community on the UT campus and beyond, the Center for African and African-American Studies was renamed in his honor in November of 2008.