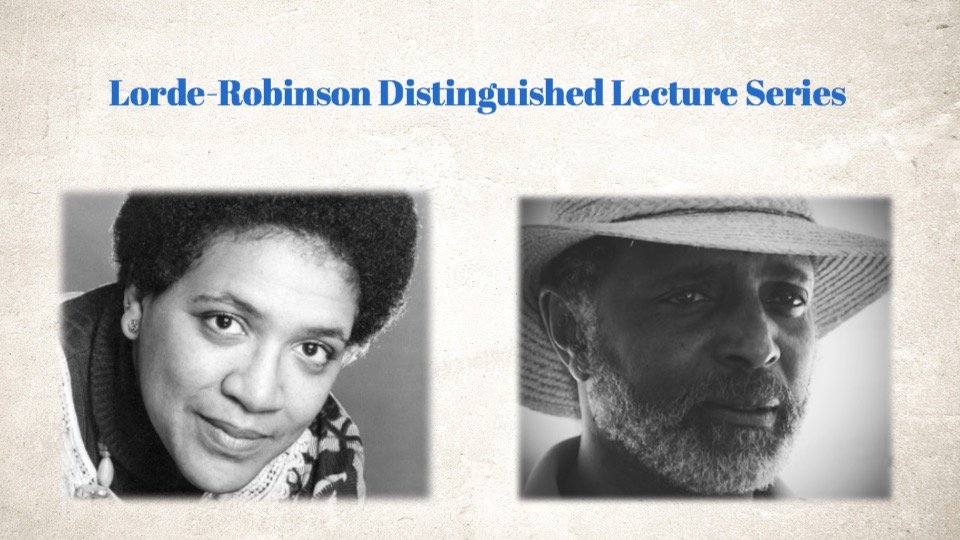 Some may know Audre Lorde’s poem, though for many it may be new. In many ways, Audre Lorde’s “School Note” speaks to an assumption at the heart of the project of Black Studies here at the University of Texas at Austin, and indeed Black Studies as such. If nothing else, Black Studies as a project has been guided, for several decades, if not for a few centuries, by a commitment not simply to education, but a sense of the possibility of another world that has been articulated and elaborated by black thinkers since the dawn of the modern era. This sense of possibility has assumed that education has never simply been something that occurs in schools where playgrounds are graveyards, where warlocks and witches oversee a holocaust of ideas and pedagogies. Rather, a guiding conviction within Black Studies has been that education represents a field of relentless struggle, where black people come to understand the world and our lives and locations in that world, as well as the challenges, possibilities, and potential pitfalls that attend any attempt to transform that world and ourselves. It is for this reason, this view of education as an arena of struggle and transformation, as a field of contention ripe with radical possibilities, rather than as simply a site of abjection, that we have chosen to name this series of annual talks, The Audre Lorde-Cedric Robinson Distinguished Lecture in Black Studies.

“School Note” is Audre Lorde’s poem, though it is easy to imagine that the sentiment which guided her art also guided Cedric Robinson’s lifelong commitment to unraveling a tradition of black radical struggle. This coupling of Lorde and Robinson reflects, or perhaps captures best, the range of intellectual concerns that guide Black Studies at UT. Indeed, while Lorde and Robinson hardly replicated one another’s ideas, they certainly shared similar political impulses. One can see Audre Lorde’s familiar caution that one cannot dismantle the master’s house using the master’s tools in Cedric Robinson’s exploration into the character of the black radical tradition as an attempt to realize a social reality that refuses the terms of order in which we have found ourselves since 1492. In Robinson’s insistence on the temporality of the political, a specifically western convention that we should never assume to hold the full range of human possibility, we can hear Lorde’s imploring us to see the erotic as that crucial, suppressed bridge between the political and the spiritual. Lorde and Robinson capture a rather unique project in Black Studies that we have elaborated here at UT for several decades, that centers a range of black experiences, sexualities, modes of thought, activism, expressive cultures and histories, that are diasporic in scope and remain open to change internally.

Thus, if we think about Audre Lorde’s sense of the erotic as that which captures “the passions of love in its deepest meanings,” we might also see Cedric Robinson’s sense of black radicalism as representing the potential negation of our political present. The ways that we might think about how such possibilities require that we see in Lorde and Robinson thinkers of equal weight and currency, whose ideas continue to hold considerable purchase on any project that might transform the world in which we find ourselves into a home, while keeping in mind it need not be a home which we simply accept as is, and settle. This is perhaps what Cedric Robinson was after when he remarked:

“One of the weaknesses of Black radicalism in most of its forms is that it lacks the promise of a certain future.… [Black radicalism] is about a kind of resistance that does not promise triumph or victory at the end, only liberation. No nice package at the end, only that you would be free. … And I guess the most poetic representation of that I’ve ever seen is when Eula tells her story in Daughters of the Dust of why Ibo Landing has its name.… The Ibo were brought here in chains … and were marched from the big boats and conveyed in smaller boats to the shore. They looked at this land and they saw what their future was, and they turned around … and walked back into the ocean. Only the promise of liberation, only the promise of liberation!”

In thinking about Audre Lorde and Cedric Robinson together, we strive to bring to the University of Texas at Austin campus intellectuals, artists, and activists who best reflect their daring to explore the range of black life the world over, their charge that we elaborate a mode of value that relies not simply on what we might learn from those lineages that have delivered us to the present, but which plumbs the habits of thought, those practices of world making that might chart a path to something beyond the delimited range of our present moment.

2018: "In the Wake: On Blackness and Being" presented by Dr. Christina Sharpe, Department of Humanities Professor