The Institute of Classical Archaeology (ICA) was established as an Organized Research Unit in the College of Liberal Arts at The University of Texas, Austin, in 1978. It began with one employee to assist the director, a small but steady line-item budget from the University's Research division, and two offices in Waggener Hall. Its operations had begun de facto in 1974, with the first excavation at Pantanello in the chora (rural territory) of Metaponto, Italy. This first effort, with support from loyal donors in Texas and around the U.S., grew into a multifaceted, interdisciplinary investigation of one of the best-preserved ancient landscapes in the whole of the Greek world. In 1983 the project was extended to the chora of Croton, another major Greek colony on the southern coast of Italy. 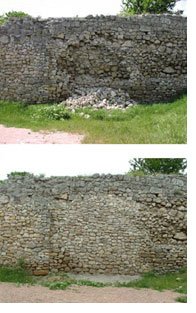 Historically, ICA's success has depended on four factors: the quality of the researchers who have been attracted by its projects; its "culture," a belief in allowing talented people to develop their professional interests while contributing to the larger effort of the whole; ICA's strategic goals; and funding from federal grants (NEH, IREX, NASA) and private donors. With a series of grants from the Packard Humanities Institute (PHI) that began in 1999, ICA has been able to greatly enlarge its operations in both Italy and Ukraine and to expand the scope of its mission. While research and publication are still ICA's top priorities, in recent years conservation and management of cultural resources in Ukraine have also become an important aspect of our work.

ICA has been working hard to help preserve one of the most endangered monuments of the world's cultural heritage--the ancient Greek colony of Chersonesos and its unique chora--for future generations. At the same time, we are assisting the National Preserve of Tauric Chersonesos (NPTC) in the adoption of new and modern standards of research and conservation for this treasure of Greek, Roman, and Byzantine Antiquity. By assisting in the conservation of the monuments and works of art of all periods in Chersonesos, and by planning for their presentation to an international public, ICA is working to create a viable and self-sustaining model for the rest of Ukraine and Eastern Europe at this, the "Ukrainian Pompeii,". To this end, ICA formed a nonprofit organization in 2001 called Pidtrymka Chersonesu (PC), or "Support for Chersonesos," which is headquartered in Sevastopol. 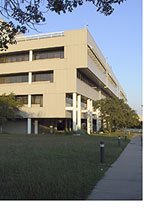 ICA, thanks in large measure to PHI grants, now has a permanent staff in Austin, with many close collaborators in Italy and Ukraine. Its facilities are located in UT's West Pickle Research building and in Pantanello, Italy at the Centro di Agroarcheologia.

As it has grown, ICA has maintained its dedication to innovative and interdisciplinary research and teaching and its focus on the rural civilization of the Greek and Roman worlds. To these goals has been added a commitment to preserve the cultural heritage site of Chersonesos and to foster collaborative research between West and East to make the Greek world one again.