Liz Carpenter, who served in the White House as press secretary to Lady Bird Johnson, was a Distinguished Alumna of UT Austin. Thanks to the Liz Sutherland Carpenter Distinguished Visiting Lectureship in the Humanities and Sciences, each year Plan II is able to bring distinguished individuals to the campus with the goal of enhancing the quality of the dialogue that occurs between leaders in The University and the community, between humanists and scientists, between men and women, between those who enjoy a formal education and those schooled by the lessons of life, and among the colleges of The University.

Join us on September 15 for the 2022 Carpenter Lecture with award-winning writer, journalist, and Harvard Professor of History, Jill Lepore.

The 2022 Carpenter Lecture will take place at 7PM on Thursday, September 15, in the Lady Bird Johnson Auditorium. Admission is free. Seating will begin at 6:30PM. Secure your tickets now. 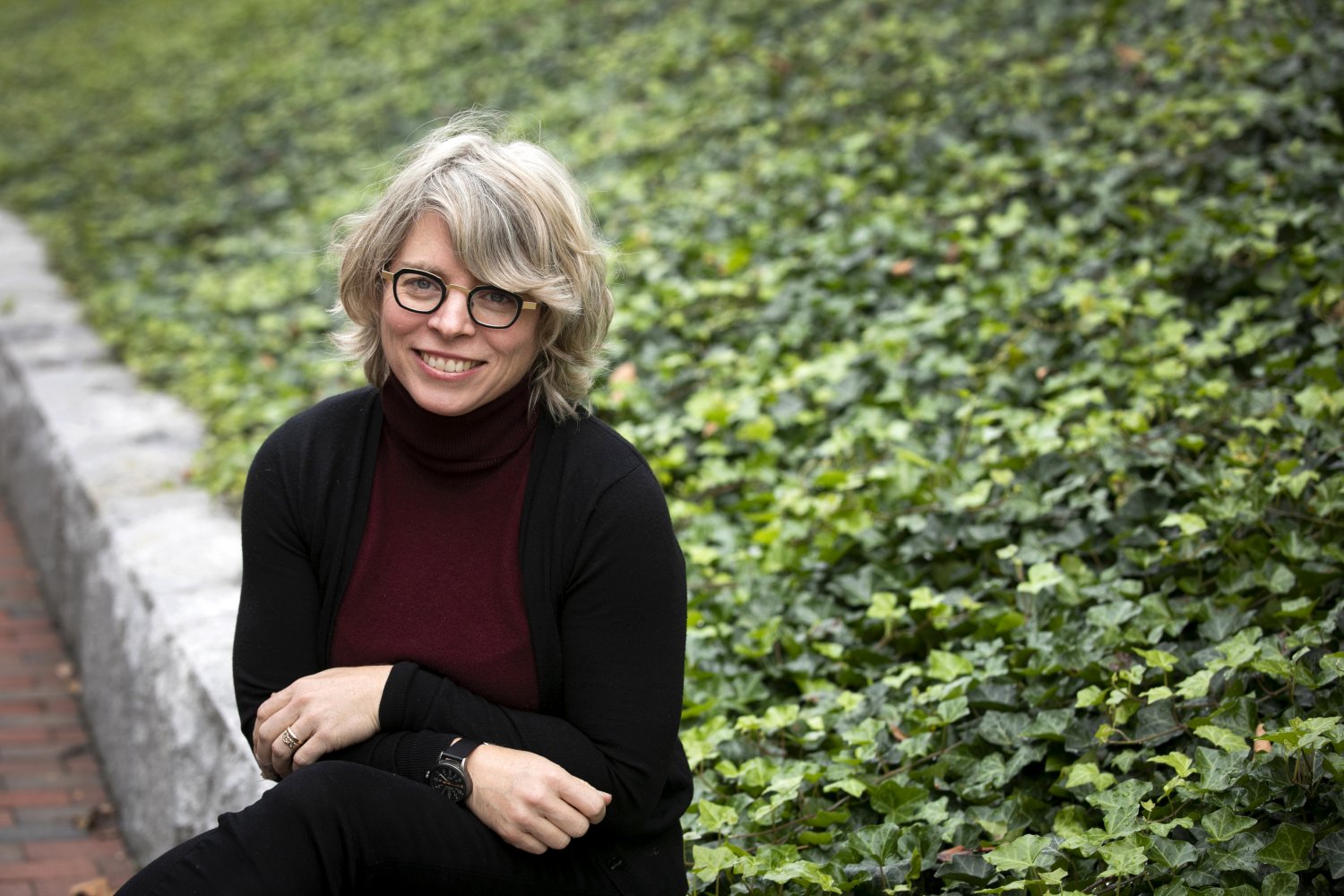 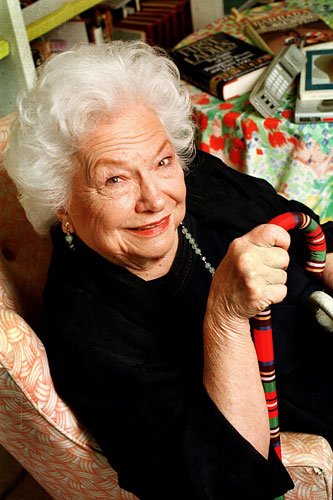 Liz Carpenter, a distinguished UT alumna and former Washington news correspondent who served in the administrations of three U.S. presidents, as well as served in the White House as press secretary to Lady Bird Johnson, has died. She was 89. The following article appeared on the University’s website...

They can run, but they can’t hide — not from Liz Carpenter.

Her giant Rolodex (actually she has three) becomes not only a necessity, but a source of Texas-size pride when the vigorous 78-year-old journalist is planning her lectureship at The University of Texas at Austin. No one is safe.

She reached the vacationing Bill Clinton as he was climbing a mountain in Wyoming; Jane Goodall in the wild with her chimpanzees; and Madam Jehan el-Sadat in Egypt as she was tending to the legacy of her late husband, Anwar Sadat. They all stopped to heed the telephone call of Carpenter, who was soliciting their participation in what has become one of the most popular events on campus.

Carpenter, a native of Salado, believes she has twisted more arms and cajoled more people than any politician, lobbyist or journalist she knows. And the former Washington news correspondent, who served in the administrations of three U.S. presidents, knows a lot of people.

“What you need is a mission, a long-time Rolodex and a lot of gall,” said Carpenter. “For the lectures, we want to get the best we can — the people who can bring to the university fresh ideas, stimulating dialogue and inspiration.”

Carpenter has brought to the university former President Gerald Ford, First Lady Hillary Clinton, poet Maya Angelou, actress Carol Channing, screenwriter and producer Nora Ephron, columnist Liz Smith and author Betty Friedan, among others.
“Working with the Liz Carpenter Lectureship is an extraordinary experience, not only because of the many prestigious guests, but because Liz herself is such an awe-inspiring person,” said Fran Chapman, assistant to the dean of liberal arts. “Her boundless goodwill, infectious enthusiasm and pioneering ‘can do’ spirit makes things possible that we really don’t have the resources to accomplish. As Liz says, ‘The endowment is modest. It’s not a chair, it’s only a footstool.’ But it is standing room only each year.”

Carpenter, who served in the White House as press secretary to Lady Bird Johnson, is a Distinguished Alumna of UT Austin and the author of three books. Her most recent book, “Unplanned Parenthood, The Confessions of a Seventy Something Surrogate Mother,” is the story of three teenage nieces and nephews who came to live with her when she was 71 years old.
“No one remains the same person after meeting Liz,” said the late Erma Bombeck. “She makes Auntie Mame look like a shut-in.”

Carpenter attributes her unbounded energy to “an activist DNA.” She has Texas roots going back before the Texas Revolution: A 17-year-old great uncle died at the Alamo and two great grandfathers fought at San Jacinto. Later, her great aunts worked for women’s right to vote. “One (great aunt), wearing a white dress and carrying a white parasol, worked behind the scenes sweet-talking the senators; another became so disgusted with Woodrow Wilson that she joined a group that threw eggs at the White House,” said Carpenter.

“I’ve often wondered which aunt I would have gone with,” said Carpenter. “I would have been torn.
“My mother instilled in her children the belief that we could do anything. So, we learned to dream big and strive to realize those dreams,” said Carpenter, who was one of the founders of the National Women’s Political Caucus, worked for the Equal Rights Amendment and more recently was asked by President Clinton to serve on the White House Conference on Aging. Carpenter’s house is strewn with testimonies of her brisk lifestyle: photos of Carpenter with Clinton, with First Lady Hillary Clinton, with Vice President Al Gore, with President Jack Kennedy, with Queen Elizabeth, with the Queen Mother and, of course, with President Lyndon Johnson and Carpenter’s beloved friend, Lady Bird.

The late author James Michener once said that Texas never had a truer daughter. “Her combination of wit and wisdom is infectious, encouraging and enlightening. Her zest for life is an example to us all.”

At 78, Carpenter has hardly slowed down. In one afternoon’s sitting, she thumbs through her Rolodexes (categories of United States, Texas, Austin and a small one for handymen); works on her latest book, tentatively called “Reflections of an Aging Feminist;” takes a call from Ann Richards’ speech writer; makes plans to go to New York to discuss the new women’s museum (scheduled to open at Fairpark in Dallas in the fall of 2000), and reconfirms reservations to go to Alabama in May to accept a “Distinguished Southern Woman” award from Birmingham Southern College.

“Fannie Flagg called and said she had nominated me for the Distinguished Southern Woman honor,” said Carpenter, adding that Flagg participated in the 1987 Carpenter lecture on funny women. “There are several honorees, including actress Olivia de Havilland. I’d love to meet her!”
A few minutes later, Carpenter is off to join her Bay at the Moon singing club for an hour or so of songs and camaraderie, and then later to the Headliner’s Club to hear a discussion of the new Austin airport. “You’ve got to have a good old-age network because families scatter, and you’ve got to keep working. I’ve never been the type to sit on the sidelines.”